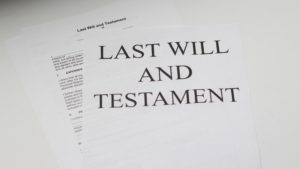 It may come as a surprise to many people that superannuation and your related death benefits do not automatically form part of your estate and are therefore not automatically subject to the terms of your Will.

A recent Federal Court decision in Stock (as Executor of the Will of Mandie, Deceased) v N.M. Superannuation Proprietary Limited [2015] FCA 612 confirmed the position at law that your superannuation does not form part of your estate and will therefore not automatically pass in accordance with your wishes as expressed in your Will. This case further highlighted that if no binding death nomination exists at the time of your death, the trustee of your superannuation fund has full discretion to decide where to pay your superannuation, with the requirement that their decision must be “fair and reasonable”.

The background to this recent Court decision related to a man by the name of David Mandie who died in 2011 and was survived by his three children, Ian, Stephen and Evelyn. At the time of his death, David was estimated by the BRW Rich 200 list to be worth $289 million. David had made a valid Will prior to his death, leaving his residual estate to his daughter Evelyn and detailing why he had excluded his sons from his Will. He had also made a binding death nomination naming his wife Minnie to receive his superannuation. Unfortunately Minnie died before David and David did not update his nomination.

In the absence of a binding nomination, the trustee of David’s superannuation fund determined it would pay David’s superannuation death benefits equally between his three children. His daughter Evelyn appealed this decision and a further decision by the Superannuation Complaints Tribunal (‘SCT’). She was seeking the benefits be paid to David’s estate. The trustee of the super fund had taken the view that, under the terms of the super fund trust deed, they were obligated to distribute David’s death benefits to his dependants (being his adult children) as a priority, and only to his estate if there were no dependants. They further determined that the trustee is not obligated to honour the wishes of the deceased as set out in the Will because superannuation is not an asset of the estate. The Federal Court of Australia agreed and denied the appeal by the executors of the estate.

This decision confirmed the position at law that superannuation does not form part of your estate. If you want superannuation to form part of your estate, you need to have a current and validly made binding death nomination in place. Our team of experienced Wills and Estates lawyers are able to advise on estate planning and binding death nominations specific to your personal circumstances. Please make an appointment to see us if this is of interest to you.