How did the Court determine the appropriate division of assets in a short marriage?

Home > Publications > How did the Court determine the appropriate division of assets in a short marriage? 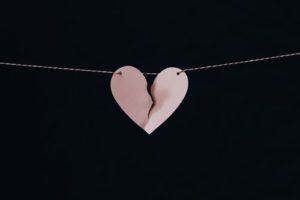 The recent case of Agius & Jersey [2019] FCCA1319 is an interesting case about a short marriage, financial contributions by the Husband and significant future needs of the Wife.

This case shows the process of considering the length of the marriage, the asset pool size, the financial and non-financial contributions of each party and the future needs of the parties to ensure an overall fair and equitable division of the asset pool.

The case is also significant in that despite the Wife contributing very little to the marriage in either financial or non-financial contributions, her low intellect was a significant future need of hers which was required to be taken into consideration to ensure a just and equitable outcome in all the circumstances.

The marriage was of 5 years duration. There were no children of the marriage. The Husband was aged 37 and the Wife was aged 30. The Husband worked as a labourer and came to Australia on a spouse visa. The Wife did not work and had no capacity to work. The Court accepted medical evidence that the Wife had an IQ of 53 and that there was no prospect of the Wife working and obtaining an income. The Wife only had capacity to undertake basic home duties.

At the time this matter came before the Court the Husband had remarried and had two children with his second Wife.

The Husband had been the sole financial provider for the marriage being the one who worked on a full-time basis. The parties had purchased a home together with the first home owners grant and a $45,000 loan from the Husband’s aunt. The loan to the aunt had been repaid by the Husband to the sum of $30,000 and $15,000 remained outstanding.

The assets of the parties were substantially the equity in the home of $252,000 and the Husband’s superannuation of $12,300. The balance of the loan to the aunt was not considered by the Court as there was no evidence that the loan would be recalled any time soon.

The Court then considered the future needs of the parties. The court noted that the Husband had two children from his current marriage and that he had capacity to earn an income. The Court said however that the Wife was subject to her disability for the entirety of her life and her employment prospects were non existent. The Court said that the future needs of the Wife were very significant and determined 75:25 in her favour over the Husband.

When balancing the financial contributions of the Husband and the future needs of the Wife the overall outcome was a 50:50 division of Husband’s superannuation and the equity in the home.

Our family law team is able to assist with any advice you might need, now or in the future.