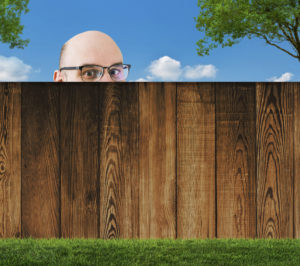 The Fencing Act 1968 (Act) has been comprehensively amended by the Fences Amendment Act 2014 (Amendment Act) which commenced on 22 September 2014.

The Amending Act shifts the liability to contribute to dividing fences from occupiers of land to owners of land.  Owners also include certain holders of leases including long term tenants and licensees of Crown land.  Owners Corporations are deemed to be owners in respect of fences between common property and other land. Specifically excluded from the definition of owners are bodies such as municipal councils or traditional owners of land.

There are also amendments to the requirements of a fencing notice and a new prescribed form is required to give notice to a neighbour regarding a dividing fence dispute.

Under the Amendment Act, the Magistrates’ Court is given the power to hear and determine adverse possession claims that arise in the context of a fencing dispute. The Magistrates’ Court may determine who is entitled to title of any parcel of land which is the subject of a dividing fence dispute where an owner of land is a party to proceedings under the Act and they claim title by possession to the part of the adjoining land on which the fencing works are to be carried out.

We recommend you seek advice from one of our commercial lawyers in relation to your rights and obligations under the Act when dealing with a dividing fence dispute.