Home > Publications > Family Law & Inheritance – Is My Inheritance Quarantined From The Asset Pool? 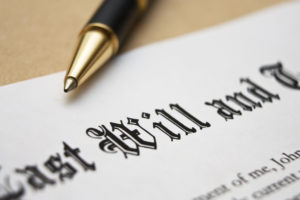 In family law the question is often asked “does my inheritance (or expected inheritance) form part of the assets available for distribution in a property settlement?”

The answer will vary depending upon your specific circumstances.  When we are talking about an inheritance, there are three usual scenarios we are referring to:

The relevance of an inheritance in family law property proceedings will turn on the unique facts of each case.  To determine the weight to be given to an inheritance received or expected to be received by a spouse or partner, the Court will consider the following factors:

In cases where an inheritance is received late in a relationship or marriage and there are ample funds in the parties’ asset pool, it will usually be treated as an entitlement of the beneficiary spouse only.  In such cases, the non-beneficiary spouse is usually considered not to have significantly contributed to the inheritance other than in exceptional circumstances.

If you are in the process of separating from your spouse or partner and anticipate receiving a significant inheritance in the future, or you have already received an inheritance, we recommend that you make an appointment to obtain advice from one of our experienced family lawyers.