Domestic Building Disputes – A New Way Of Dealing With Them 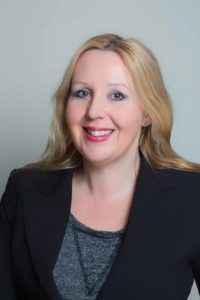 As of 26 April 2017, a new organisation known as Domestic Building Dispute Resolution Victoria (DBDRV) was established.  This organisation replaced Building and Advice Conciliation Victoria (BACV).  The DBDRV deals with disputes involving the carrying out of domestic building work, provided that one of the parties to the dispute is the homeowner.  The DBDRV has expanded powers and scope to deal with domestic building disputes. This includes orders to compel builders to rectify defects and complete incomplete works, or compel owners to pay outstanding invoices to the builder.

Domestic building disputes must now be referred to the DBDRV before a party issues proceedings at VCAT.  The party is required to have taken reasonable steps to resolve the dispute before referring to the DBDRV.  If the DBDRV accepts a dispute, the dispute is referred to conciliation.  The conciliation is conducted by a dispute resolution officer who will try to assist the parties to resolve the dispute.  The DBDRV may also appoint an assessor to carry out an assessment to determine whether or not there are defective or incomplete works.  The assessment is at no cost to the parties.

If the dispute does not resolve at conciliation then the DBDRV will issue a certificate of conciliation.  A party to that dispute can then issue proceedings at VCAT.

Kristina Dimasi and Will Punivalu, our litigation lawyers who are experienced in domestic building disputes, can advise you further on making an application to the DBDRV, and issuing proceedings at VCAT.